We’ve all heard about the ‘vinyl revival’, the movement at the vanguard of the ‘Analogue Renaissance’. Well it’s showing no signs of slowing down. In the US last year, vinyl sales rose another 9%, and vinyl now accounts for almost 15% of all physical album sales. In the UK, vinyl had its strongest sales year in 26 years, recording its twelfth straight year of growth. Although debates rage as to whether this is reflective of a boomer hangover, affluent hipsters with too much money to spend, or rather a definitive shift in the overall market, vinyl is going nowhere fast.

What about other analogue staples, such as film? Outside of its place in consumer culture, photographic and cinema film used to be an essential component of the advertising and design industries. Where better to look than Kodak, a brand so intertwined with ‘analogue’ that they’ve struggled mightily to adapt and maintain relevance in the digital world.

There are two Kodak’s these days, and both offer fascinating insights into this question. Eastman Kodak has recently re-launched Super 8, selling new version of both the cameras and the film, under the “Analogue Renaissance” banner. They’ve garnered an impressive list of testimonials to boot, which provide numerous clues as to what’s driving this revival, from the likes of Christopher Nolan, JJ Abrams, Steven Spielberg, Steve McQueen and Quentin Tarantino. Abrams comments that: “While any technology that allows for visual storytelling must be embraced, nothing beats film […] this camera appears to be the perfect bridge between the efficiency of the digital world and the warmth and quality of analogue”.

Warmth and quality: characteristics audiophiles have been banging on about for ages. If anything, this indicates that dissatisfaction (amongst a segment of the population at least) with the digital end product experience is not confined to music. Of course, ‘warmth’ – in particular – can be seen as code for both ‘imperfect’ and ‘authentic’. We know that certain social groups sectors disdain production line, machine-made, ‘cookie cutter’ products, especially in food and beverages. Have these intangibles crossed over to technology?

For Steven Spielberg, experience is key: “I love movies that aren’t literally up in my face with images so clean there is nothing left to our imaginations”. Beyond warmth and quality, Super 8 gives artists a far broader toolkit. As Spielberg says, “Digital or celluloid? Viva la difference! Shouldn’t both be made available for an artist to choose?” 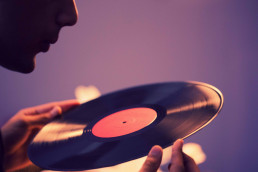 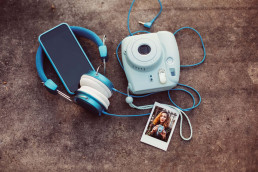 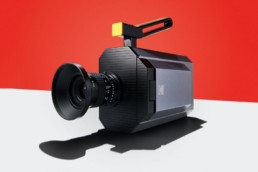 Turning to film photography, mostly absent from the advertising and design industries, but still showing signs of life with other user groups. This is where the ‘second’ Kodak comes in – the UK-based Kodak Alaris, who bought the personalised imaging and document imaging businesses from Eastman Kodak in 2013. They are now ready to make a huge splash, bringing back the much-loved Ektachrome film, which was discontinued in 2010.

Announced to great fanfare at the world famous Consumer Electronics Show in Las Vegas in January 2017 (in some accounts, stealing the show), Ektachrome is due to return to shelves this April. It’s not exactly the same as before, using different chemical components to take into account newer environmental requirements. In effect, they’ve reimagined of an old classic.

What’s the inspiration behind Ektachrome’s return? In the US last year, sales of film camera rolls were only 2% of their historic high of 960 million rolls (sold in 2003). However, this miniscule figure masks some improvement, however modest. For example, Giles Braithwaite from Harman Technology, owners of the Ilford brand, is reporting global 5% year-on-year growth. Dennis Olbrich from Kodak Alaris also sees steady growth over the past few years, coming primarily from professional photographers who learned their trade on digital, who are looking for a discernable point-of-difference: “They discover the magic of film photography and many of them simply fall in love with it”. Many are portrait and wedding photographers looking to “differentiate their art and their work by shooting film”. Naturally, there’s an attraction to charging a premium for a premium product, as is the case in vinyl.

Another characteristic that is being highlighted is that using film makes a photographer more selective. The days when you’d venture out with a single roll of 24 or 35 frame roll of film still hold some attraction. There was something special about looking through eyes as opposed to phones, when you rationed your film to take images you wanted, or thought worthy of capturing. Of course, this was followed by a sense of anticipation: just how did how those shots turn out? If you had a Polaroid, of course, the anticipation was condensed into 90 odd seconds, watching your shot come to life before your eyes. To that point, Fujifilm instant cameras are booming, so much so that they’ve recently launched a black and white instant film, and are planning to launch a square format like the Polaroids of old.

To conclude our review of what’s driving the ‘Analogue Renaissance’, it’s worth turning to the personal experience of Law Professor and enthusiastic photographer Frank H. Wu (who himself doesn’t see a renaissance, per se, rather a levelling out), who wrote in the Huffington Post on 17 December 2017: “I am attracted to how involved film is, not put off by the trouble it takes. A film camera delivers the satisfaction of the tangible. The results suggest that I have much more to learn. Even though I can scan film and manipulate it in digital form, the actual composition is not as easy.” He adds:

“The physicality and permanence of the medium compels me to be more thoughtful. So even if a film camera is not better than a digital camera, a film photographer is probably better than a digital photographer, unless he is a wastrel. I am composing with greater care. I want the straight-out-of-camera image to be if not perfect than not in clear need of manipulation. The benefit extends beyond photography. I am a better person with a film camera because I am patient. The deliberate pause enhances daily life

What does this all mean for our industry? As romantic as the ‘Analogue Renaissance’ may appear, it’s most likely that we have to wait and see how it unfolds. It does however point to the stubborn refusal of not only analogue (the tool), but also craft (the skill), to roll over and die. We are always striving to locate, or create, positive points of difference in brand and marketing communications. Perhaps there’s still a place for analogue, as we have seen (in a limited way) with the resurgence of print as a marketing medium.

If we were to pull out the key drivers of the ‘Analogue Renaissance’ mentioned in this article, a pattern emerges. A desire to remain considerate of, and promote: warmth, premium quality, authenticity, leaving things to the imagination, choice, anticipation, discipline, taking greater care, ‘satisfaction of the tangible’, and most of all – patience. Not to mention experiencing life freed from the shackles of the 24/7 digital world. These drivers represent positive experiences, the very things we’re trying to convince our clients are the key to success for 21st century brands.