Having worked with the University of Reading since 2014, Bell was approached to change the direction of the University’s recruitment marketing. Research had shown that students were becoming more and more ambitious, socially aware, and conscious of the world around them, every year. Whereas a number of A-Level students with university still wanted to change the world, these days almost all potential students were impressed by such values in a university, even if they didn’t want to become agents of change themselves. In effect, belonging to an institution with such values and aspirations really meant something to most potential undergraduate students.

We developed a campaign focussed on the research and the researchers doing amazing, world-leading work at the University. The heroes who were making an impact by daring to be different. Direct and straight to the point, bold and confident, this approach enabled us to lead into detailed storytelling, whilst being scalable enough to work with all academics, across all departments and faculties. The primary campaign highlighted selected Reading researchers working on issues such as global flood relief, developing virtual reality, conversation and climate change.

Phase one was a digital advertising campaign, with a focus on animated videos on social media (including on our recommendation Snapchat – the first time the University used this channel), supported by a campaign microsite. The concept was woven through their 2020 Undergraduate Prospectus. After a few months, the campaign added a second phase specific to attracting students to Open Days. We promoted the ethos of being in the University of Reading community through three messages – “Make an impact”, “Dare to be different”, “Stand out from the crowd” – in three videos shown on their Twitter and Instagram channels, and a combination video.

Phase one was a digital advertising campaign, with a focus on animated
videos on social media (including on our recommendation Snapchat – the first
time the University used this channel), supported by a campaign microsite 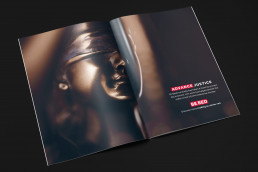 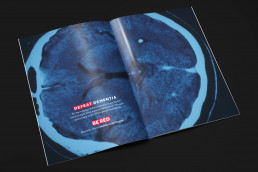